3 Reasons Every Indie Author Should Be Advertising on Facebook 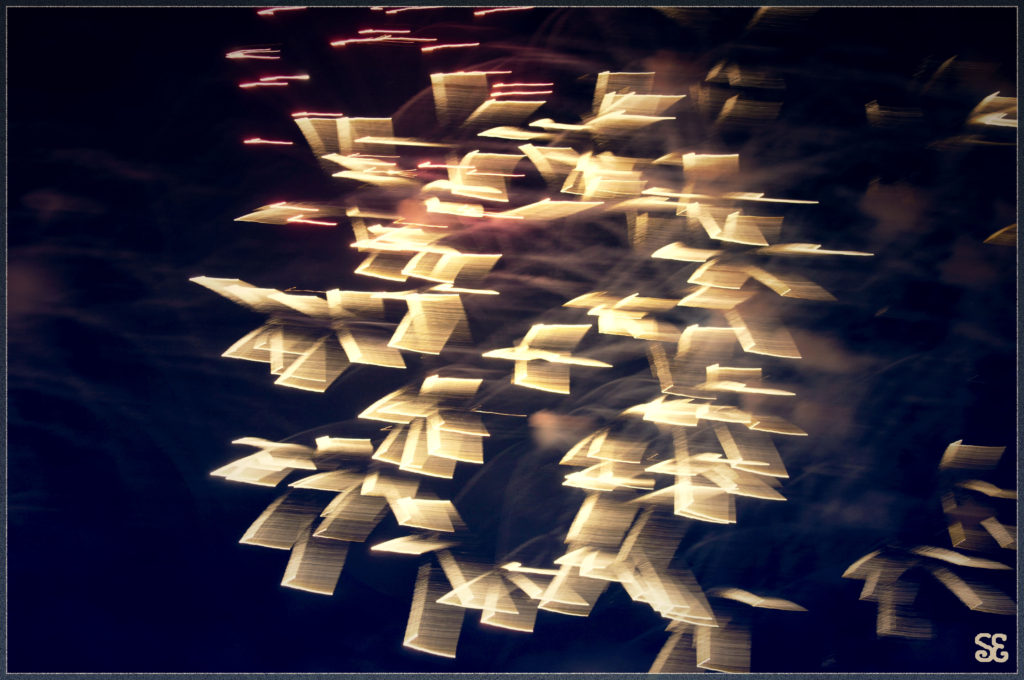 As an independently published author, I’ve noticed a lot of advice floating around about building my author platform, establishing my brand and the importance of having a social media presence. What I haven’t seen people blogging heavily about is the value of Facebook ads for indie authors.

If you’ve been in this business long enough to have published even one book, you’ve likely heard about Bookbub and other discount ebook promotional venues. Offering by far the likeliest guarantee for success, Bookbub lets you promote your book (discounted for a limited time) to their extensive mailing list. It’s not uncommon to sell 1000 books or more with a single Bookbub ad.

The problem with Bookbub is you can only use their services once every 6 months. Even when they were taking advertisements every three months, this still didn’t provide a consistent flow of book sales.

Every author wants their book to sell for reasons unnecessary to mention here. Amazon’s algorithm also rewards higher-selling books by promoting them more often through its “also-bought” feature. So how do you get that steady sales flow?

Let me give you some statistics: on August 10th, I started testing three Facebook ads and saw an immediate spike in book sales. By the end of the month, I’d sold over 800 ebooks just from these three ads. September saw over 1000 ebooks sold off the ads, and October is shaping up to be the best of the three. These numbers do not include my print editions, which also jumped up exponentially.

I’ve run a Bookbub ad and seen a similar spike in ebook sales (but only ebook sales). Moreover, there’s a difference in my return when I sell 1000 books for $0.99 on Bookbub, versus 1000 ebooks at their regular price ($2.99 or $3.99). There’s also a difference in the quality of reader; i.e. if they’re interested enough in the book to be willing to buy it at full price, they’re more likely to read it instead of letting it sit in their kindle library along with all their other $0.99 “finds.” And as mentioned above, Amazon rewards me when my book shows consistent sales by presenting it to more people—again contributing to more sales.

If these stats don’t convince you Facebook is worth a look, here are three reasons that Facebook advertising is an indie author’s unsung hero:

1. You can choose your exact target market.

Facebook lets you communicate with people who have interacted with and liked your Facebook page, but they also let you advertise to people who have never heard of you before.

Using keywords, you can drill-down to very specific interest areas. You design your ad around these interest areas. For example, my best-pulling ad targets people who like two best-selling fantasy series that most every self-respecting fantasy reader will have read. Facebook looks for users who have listed in their profile that they like either of these series, and it shows my ad in those people’s news feeds. I couldn’t ask for better targeting to find an audience who appreciates and enjoys epic fantasy. This is practically like putting an advertisement in the back of a best-selling book.

To achieve similar success with your ads presupposes that you know who your target market is and that you have a well-designed ad that relates to the interests of the target market you’ve selected. This is important. You shouldn’t advertise for people who like romance and then take them to a link selling horror. Bait and switches and false advertising only cost you money (because you pay every time someone clicks on your ad, whether or not they end up buying your book). Worse, it aggravates the Facebook users you’ve targeted. If you use false advertising in any form (bait and switch, misleading positioning, listing incomparable novels to trick them into clicking on the ad) people will annihilate you in the ad comments (see point 3 below).

2. You can choose exactly how much money you want to spend over any length of time.

Facebook works on a cost per click basis, similar to Google AdWords. The amount of money you pay per click depends on a number of factors, mainly surrounding your target audience. There’s a lot to learn about this area, and you should learn it if you intend to invest significantly in Facebook advertising. All you need to know to get started, however, is that you’ll be paying a small number of cents every time someone clicks on your ad.

Let’s say you have $500 to spend on advertising over the next two months. You can easily set this as the “lifetime spend” on your ad campaign and set your campaign expiration to two months out. Facebook will spread out your ad’s impressions over the following two months, ensuring that you don’t go over budget. If you want to add more money to your campaign to get more impressions (and hopefully more clicks), you can do so at any time.

A well-designed ad to a properly targeted demographic should show a steady inflow of sales during that two-month period—assuming you’ve written an excellent book boasting great reviews, and that you’re targeting the right market with your ad.

For a well-designed ad, more money spent equals more impressions, more clicks and more sales. Understanding how your target market settings affect the cost per click is how you’ll get more bang for your buck; i.e. you’ll get a lot more clicks for the same amount of money when you’re paying $0.06 per click versus $0.25. You can adjust these costs somewhat by narrowing or expanding your target market settings.

Facebook provides real-time statistics and a robust analytics and conversion tracking system. The more tech-savvy you are, the more you’ll be able to dive into your ad metrics. Not tech savvy? You can easily see from the graph on Facebook’s ad dashboard how many people have seen and clicked on your ad over any period of time you choose.

3. You can interact with both prospects and readers.

The ad I mentioned above that targeted fans of two fantasy series has more than 723 likes, 217 shares and over 150 comments.

Even better, prospective buyers have been able to ask me questions about my novel—what other works does it compare to? Will they like my novel if they like this other one? What inspired it? What other fantasy authors do I read…on and on. I’ve been able to answer all of their questions; many of these conversations have turned hesitant prospects into buyers.

I have a personal social media policy I call “good roads and fair weather.” It means I never enter into contentious communication in a social media setting, and I always look for some way of validating the commenter’s point of view. If you’re going to run Facebook ads, I recommend adopting a similar social media policy—because ultimately you’re advertising on a social site. People are going there to interact and engage, and they will engage with your ad—for better or worse.

Occasionally someone has left a comment on one of my ads of a derogatory or negative nature. I always replied to them in a way that was nonjudgmental, and I looked for some way to validate their point of view. One for one, those people replied back to me, and we entered into dialogue. Many of them ended up purchasing my book—and took the time to find my ad again to tell me so.

Countless people purchased my book simply because they read the comment stream and saw that I (the author) was personally interacting with everyone. How do I know this? They left that exact comment on the ad.

Many, many people purchased my books based on the comment stream. Many of them were people I had interacted with, but many others simply purchased a book and came back later (or wrote to me later) to tell me so.

Dozens of people have written to me via my page after seeing the ad, often to ask questions or offer feedback after having read my novel. Many people left a later comment on the ad’s comment stream about how much they were enjoying the book(s) and how glad they were to have seen the ad. This is priceless word of mouth!

I’ve gained nearly a thousand new likes to my page through these ads. Most of them are people who are honestly interested in my books and want to interact with my page.

(As a note, I didn’t run an ad for “page likes.” Facebook offers a type of ad that’s supposed to deliver likes to your page, but I’ve read some not great reviews about that function, and I don’t recommend it.)

Advertising a product (your novel) on Facebook is an entirely different scene.

In the novel advertising world, Bookbub has always been a friend to me, but these days, Facebook has my heart.

I would love to hear any experience you’ve had with Facebook ads or any other advertising that increased your book sales, especially if it might help others find similar success. Please leave your comments below.