Book Five is (almost) in the oven 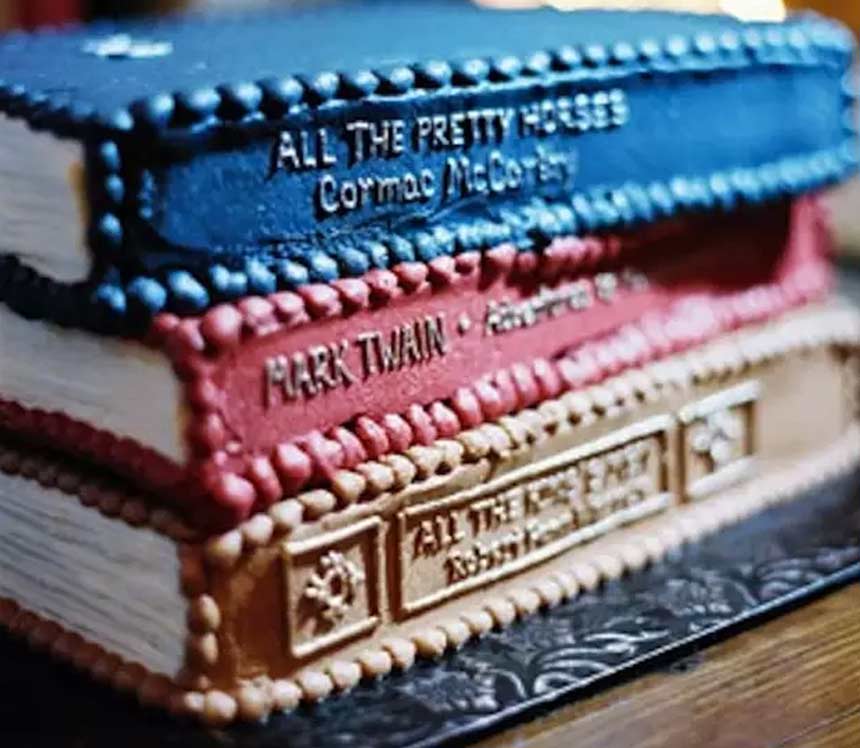 Okay, I’m starting to feel the quarterly pressure. The questions are pouring in, asking in polite, dulcet tones, “Oh please, madam, might you tell us where stands the progress of booketh number five?”

Progress is being made, people. Daily. Hourly. Minute by minute by sentence finished with a period to prove its completion. Lots of those are in the done pile. Pages of them, in fact. Miracle of miracles.

You know what else is done? CHAPTERS. Many of them. You can count them on fingers and toes, but you’d need more than just your two hands and feet. You’d need your neighbor’s hands, too. And his feet. That’s not chump digits.

You know what’s not done? The book. Yeah. Terribly sorry about that. To quote the immortal words of Lazar from that thrilling cinematic masterpiece, Your Highness: These are the harsh realities of the outside world.

That’s the thing about this writing gig. It takes a mind-boggling lot of words, sentences, pages and chapters to make a book. Like if you were baking cakes. Seventy-plus cakes. But you’re not able to bake them all in one huge batch. You have to make each cake individually with your own two hands, measuring the batter, beating the eggs, waiting for the damned thing to bake and then cool before you can frost it…over and over and over again. Except, baking seventy-plus cakes is considerably faster than writing seventy-plus chapters in this story.

The stress is enormous, people.

To give you some perspective on where we stand in baking those chapters, let’s refer to that handy little progress chart from last year. It now looks like this:

You should not let this hearten you. I much prefer that all of you are wallowing in misery so I can swoop in suddenly to surprise you with, “Hey, what do you know? The book is done!” But also because there’s really still a lot to write.

The first half is probably more like the first thirty-eight percent. Loukas n’Abraxis would have a non-terminating decimal to describe the fraction.

I don’t think there will end up being an actual first and second part to this book; pacing-wise, it’s likely to be more of overlapping thirds. I’m still not sure if I’ll have to publish the print editions in a part one and part two (which would be released together), or if it will all fit in one book.

This kind of stuff never troubles ebook or Audible listeners, who are happy as larks with their forty-plus hours and eight million kindle pages. But it’s something I have to think with for the .001% of people (like myself) who still read books made out of paper occasionally and need to be able to hold them without a bible stand.

Currently I’m agonizing over the plot threads of Gydryn, Errodan and Morwyk, with a little Dore thrown in to embitter the dish.

I have a vague, general idea of Darshan’s next chapter but no idea what he’ll be doing after that.

I know where Carian and Fynn are heading but can’t figure out how to give Alyneri more agency.

Franco is usually compliant once I find the time to give him my attention.

So, you know…that cake baking isn’t always super smooth. Sometimes you run out of vanilla and the stores are all closed. Sometimes the oven mysteriously turns itself off with a cake still inside it. Sometimes you find weevils in the flour, or discover that the gallon of butter you just bought is salted. Sometimes the Swiss meringue buttercream won’t achieve the right consistency no matter how long you whip it, and you have to toss it and start the whole thing over.

But eventually every cake is done to perfection. That’s all we’re aiming for here, people. Perfection. Nothing too difficult in the grand scheme of eternity.

With all that preamble, I can say my hope (intention? expectation?) is a mid 2019 release. I’ll know more by Christmas time (conveniently aligned to the current quarterly update model, where the pressure builds and builds for about three months and then I get a deluge of Where the hell is this book already? in those kind, sweet, grandmotherly tones that I mentioned above. You know, an all out clamor, but a really nice one).

So, look for more from me round about December. Until then, I’ll just be continuing with my obscenely large baking project…and doing a lot of praying to the oven gods. Feel free to send your prayers my way. I’ll pass them along with my daily sacrifices.

And if I haven’t said it clearly before, please don’t stop asking where the book stands. It means the world to me to know you’re all so excited for the next installment of this story.