Pantser or Plotter: 4 Steps to Writing Organically (and the Science Behind Why You Should) – Part 1 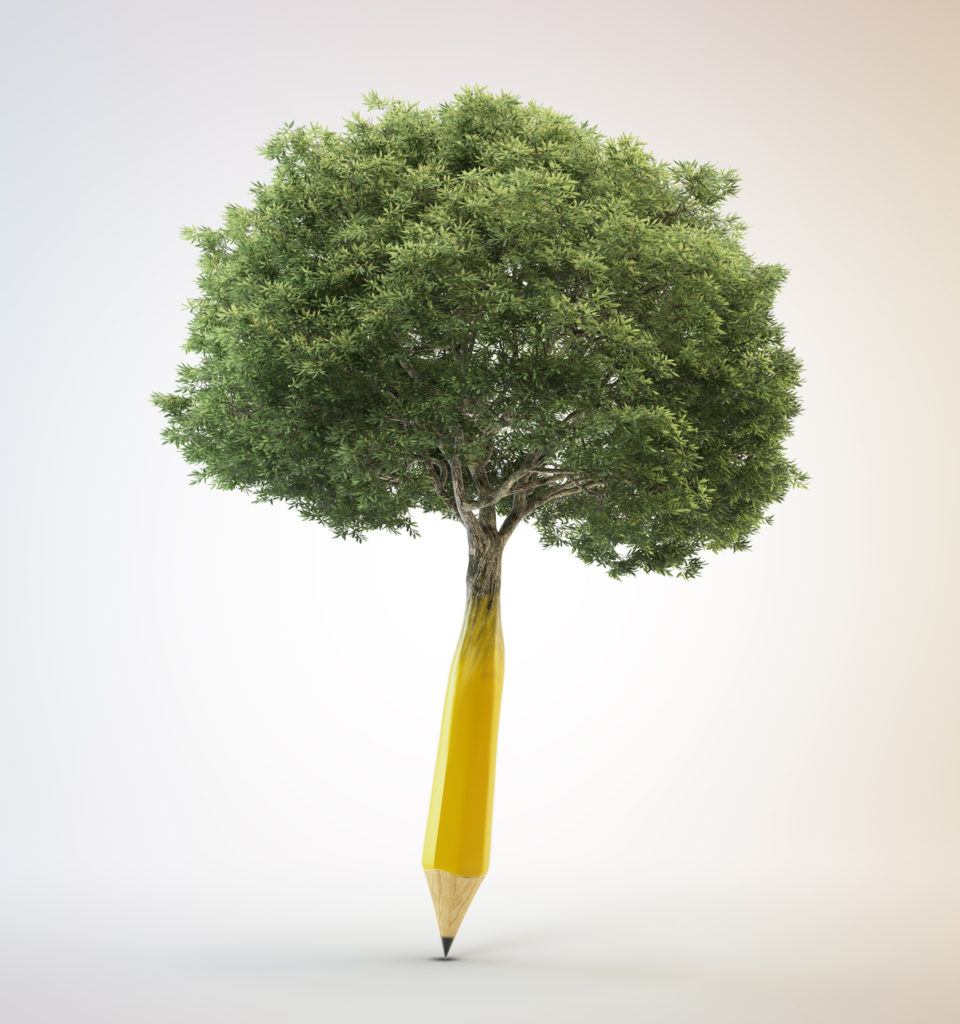 After my last blog post on the four things you must know before starting a novel, in which I suggested not inventing a character, kingdom or creature until the story calls for it, a number of readers wrote in to ask, should nothing be planned?

My answer is absolutely plan the four points on the list I gave you last week. But my list didn’t explain how to write when you’ve got so little planned out beforehand. How do you just wander off into the great unknown without any sort of map?

There’s a fundamental reason why a story written organically feels less formulaic than its counterpart (and not just for the obvious reason that it is less formulaic). The answer actually lies in fundamentals observed in quantum mechanics.

There is causation, and there are the mechanics that follow—prime cause, and consequence. You decide (prime cause), then you act (mechanics). If you act without deciding first, you get chaos. Decision, prime causation, is senior to all action.

So how in the world does this relate to writing?

Simply: when you operate primarily in the mechanics of a subject, you’re operating below the level of prime cause. Creation is prime cause. Mechanics are the observable effects of prime cause. They fall below prime cause on the scale of causation. When you’re writing (and especially when writing fiction), you need to be thinking, imagining, devising and designing from that higher creative plane, not slugging through ground-level mechanics. Imagine if an airline pilot was charging through the bowels of the airplane moving levers and opening and closing electrical circuits and doing all of the mechanical things that actually keep the aircraft aloft? Who would be flying it?

When I say to stay out of the mechanics, I’m not talking about grammar or basics of craft such as ‘show don’t tell.’ The rules of grammar and style are like musical scales; you practice each one until you know them all instinctively.

What mechanics of writing am I talking about then?

Drawing up comprehensive lists of character descriptions or detailed charts illustrating the rise and fall of your plot; spending hours determining what kind of character arc fits your protagonist, classifying characters into primary, secondary, tertiary… (don’t ask me what you’re supposed to do with them once they’ve been properly sorted). Spending hours detailing world maps, kingdoms, languages, without having written a single word.

You know the irony in all of these writing methods for creating worlds and characters? Few of them entail actually writing.

I don’t want to seem critical of other processes (I know writing organically isn’t for everyone, and ultimately, the best method is what works for you—whatever is resulting in words on the page and a story you’re happy about), but I do want to raise my hand for giving this method a try. There is real magic in it.

Assuming any of this makes sense to you, how to do you apply this practically? Here are some ideas to help you (this week I’m covering the first two ideas. I’ll cover two more next week):

A milestone is a scene you’ve envisioned. It can be as little as a piece of dialogue between characters or even just a snippet of story that happens in some future chapter. But you know it’s a milestone for your journey because it has importance to the overall story or is essential in a character’s development. Milestones are scenes to be inserted into the story at some future point. You write towards them. They act as landmarks that guide you through the great story unknown.

Your conflict could itself be a milestone. My conflict spans five novels, and while I know what will happen in the final resolution (the world will be saved), I have no idea how that resolution will ultimately come about. (How can I predict so far ahead, when my characters are still growing, learning and changing?)

2. Capture scenes for any point in the story, but write them in linear sequence.

Scenes are the building blocks of your story. Some become milestones, others flesh out the path between each point. I can’t count how many times I’ve had to jump out of the shower to record some complicated bit of dialogue I’ve just come up with on my phone, and I’m constantly devising scenes and conversations while driving—it’s my most productive plotting time.

Often a scene will be so vivid in your head, you’ll want to write it then and there. But here’s the caveat when writing organically: you can’t write the scene until you reach its place in the story.

There’s an old law about storytelling: you always tell it best the first time, so you never talk about any parts of your story that you haven’t yet written. Not writing the scene until you reach it in the story is a similar law.

There’s a sort of creative spark captured in each imagined scene. Talking about it before you’ve written it drains that magic from the moment. It’s a similar thing with writing a scene before its time. Not only can the story change dramatically by the time you actually reach the scene (making it obsolete), but also the synergy that’s created through writing each scene in sequence—a sort of building, budding energy and momentum—is often lost. There is true magic found when writing at the level of prime cause (and not referring to exhaustive lists or charts to tell you what your character needs to do next.) Pure creation is glorious and unanticipated and an adventure every time.

So make notes of those imagined scenes; keep all of what you’ve envisioned, the dialogue, the description—whatever it is that has come to you—but don’t write the scene until its time has come.

An added benefit to this linear approach is that these captured scenes become the fuel you use to keep writing—because you just can’t wait to write that scene! I still recall the moment I finally wrote a milestone scene in the second book in my series three years after I first envisioned it. It felt sublime.

Are you an organic writer? I’m interested in your thoughts and experiences. Or if you have questions, share them below. Next week I’ll cover a few more ideas, including assuming viewpoints and observation and mimicry.