Heidi here, for Melissa. It’s well past time for an update, I know, and I finally have one for you.

Disclaimer: I am not a writer, not like Melissa was. But I am a lifelong passionate appreciator of literature, as well as a decent mimic.

Add to those qualifications (dubious as they may be) a surfeit of love, admiration and loyalty for Melissa McPhail and her work, and the news today is that I am now officially committed to completing her Pattern of Shadow and Light series. Myself.

Terrifying, I know. Let me explain.

As I reported in the last blog post, Melissa had made significant progress on the next book. What she has written lives up to the promise of her earlier work and even exceeds it. It will be worth the wait, I assure you.

We had hoped this manuscript could be moved straight into the pipeline for release: sequencing, beta reading, editing and proofreading then boom – published! Even if the story was never finished, at least what she had done could be given to the world.

But that is no longer an option, because Melissa did in fact finish the story. At least in a manner of speaking. And her story is too brilliant and too important to be truncated.

In addition to the completed chapters, the manuscript is chock-a-block with notes – there are hundreds of pages of them, obviously written for herself and no-one else. (You may recall, Melissa had realized two books would be required to finish the story, and she was writing both of them at once.)

I have found hundreds of additional notes squirreled away with seeming forethought to preventing some interloper from intercepting the secrets: on her laptop yes, but also on old flash drives, in emails to herself, in handwritten notebooks and in dozens of voice memos on her phone.

These notes vary widely: there are shockingly bald statements of the answers to some of the most enduring mysteries of the series. Then there are chapters in progress, sometimes written from several possible viewpoints and with several different endings; pages or snippets of dialog, insults and exclamations for various characters. There are pages describing Melissa’s overarching philosophy, with her musings on what she wants to focus on and achieve with various characters and story lines. Also many files full of quotes from a dazzling array of poets, philosophers and villains who inspired her.

To make it even more fun, many of the notes are not dated, and in some cases there are several different versions of events.

Luckily she talked to me about a lot of these things, so my head is another note repository. In fact, my most important qualification is that I have spent the last several years by Melissa’s side, committed to and immersed in this universe she was creating and has created. She trusted me and confided her heart to me.

Doubtless there are far more talented writers out there, but no-one has been as close to Melissa’s process, her passion and her vision. It has to be me, at least for the first draft. So here I go.

I do realize that this begs the burning question: when? We’ve already waited so long! I’m no soothsayer and I’ve barely gathered all of Melissa’s notes, but what I can tell you is that all my thought and effort is bent on this and will remain so until I have something to share with you. In my ever-candescent optimism, I intend for that to happen by the time the buds are blooming on Melissa’s Oregon trees for spring 2023. It won’t be the next book – even Melissa was expecting at least another year on that, and she’s the rowed Adept/angiel to my novice wielder/naturna – but it will be something good, a peek at least. I have all this fabulous new material she wrote, plus the enormous companion book that nobody has seen, plus an excellent revision/update to ‘How Deep Does The Alabaster Go?’ Perhaps we’ll release a section of the companion book with a related teaser chapter from the new book? I welcome your thoughts in the comments below.

I do have a request: If you are one of those beloved friend-fans who had long conversations with Melissa about her story, and you have notes that can or should be added to the repository, please do email me. I know how much she valued those fan interactions, and the degree to which many of you inspired her. I’m hoping you’ll lend me your inspiration, too, along with your forbearance for my fumbling into a role I was never meant to occupy. 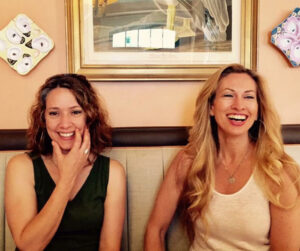