An Update on Book Five 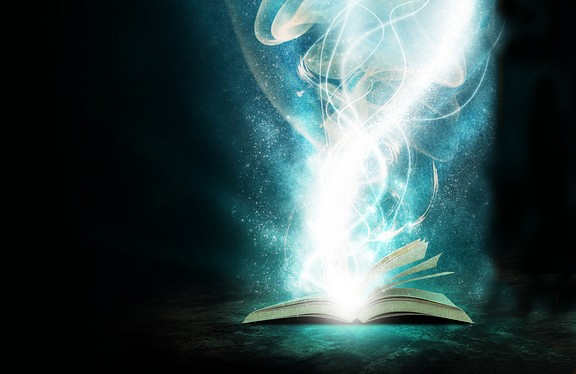 Once upon a time I had a dream, a dream of a book, a book to complete a fantasy series, a fantasy series to please fantasy readers, reading the completed book of this series from this erstwhile dream.

If this sounds oddly wistful, it’s rather a reflection of my state of mind about A Pattern of Shadow & Light Book Five. You see, I’m trying to make it the final book in the series, and that’s bittersweet—in some ways for all of us, I suspect.

On the one hand, this sort of needs to be the last book. I only ever intended five books (five strands, five books; seemed a no-brainer), and the conflict was only meant to span this much story space. You can tell when a publisher pushes the author to stretch a standalone into a trilogy, or a trilogy into a decalogy. Like a city overspilling its borders, the story loses its sense of self and meanders all over the place. You feel lost and encounter a lot of unwelcome filler.

On the other hand, I don’t actually know if I can do justice to all of the story threads I need to tie off within the space of a single book. It’s still too early to say.

Meanwhile, thousands of you are asking, “Where is the next book?” (Never you mind that Kingdom Blades only just released last October. That was nearly a year ago, right? Surely I should have the next 400,000 word book finished by now!) And those of you who aren’t asking, well…I know it’s just because you’re being overly polite.

It only took about a thousand iterations of the same question for me to realize it was time to delve into my writing bucket for an update, even if it meant upending it to retrieve the few drops of creation that I’d managed to collect thus far.

Mustering some courage, I’ll get on with the update then.

The good news is: the book is mostly planned. That is…to the degree that I plan anything, which is not unlike one of those rough charcoal sketches that you’d find in an antique store, the kind you stare at for an embarrassing length of time trying to decide if it’s a picture of a boat or a strangely elongated elephant. Which is to say, more precisely, that I have ideas for most of the important characters in terms of the general direction I want them to go.

That probably sounds very vague. And it is. But don’t let this worry you, because that’s about as much as I ever have to start with. An idea, a mountain on the horizon. Maybe a couple of scenes envisioned to get my creative juices flowing, or at least provide some anticipation and excitement about the journey ahead.

You see, things change a lot along the way, so I don’t spend much time trying to anticipate what lies beyond the first couple of bends in the story. Most of the time, I find out what happens with each character much the same way you do—that is, as it’s happening. The only real difference is that I find out a year or two earlier than you (#authorperk #Iearnedit).

As many of you who’ve read my updates know, I write in threads, one character at a time, writing his/her storyline as far as I can take it before switching to another interrelated character to rinse and repeat. This is probably not the most efficient way to write, as I end up with copius notes for sequencing later on. Notes heading each chapter, like, “This chapter has to come after Tanis goes to the Sormitáge but before Shail shows up in Tambarré and needs to come between the time hal’Jaitar sends Trell off and when Dore talks to Shail because of the conversation about Ean, but it can’t come until after…”

Well, you get the idea. Sequencing gets pretty complicated. But trying to write 23+ viewpoint characters sequentially, switching from one viewpoint to the next with each chapter…? You might as well shoot me now.

Moving on with the update…happily floating in the (mostly) completed planning bucket are Tanis, Trell, Alshiba, Franco and Felix. I think I have enough to also start writing Alyneri, Sebastian, Fynnlar, Carian and (fingers crossed) Ean. There are definitely still a lot of unknowns.

Standing at the beginning of each book, looking into the behemoth I’ve created (why, oh why, did I think it was a good idea to have twenty-five interwoven storylines?), it always feels pretty overwhelming. You look into that vast beyond of unknownness and worry that you’ll drown before you reach solid ground. I am kind of used to that feeling now. It’s not as uncomfortable as it used to be, the whole breathing-under-water thing.

So while what I have written isn’t exactly newsworthy, more will follow, and hopefully soon I’ll have much more to say to you than a rather desperately gasped, “Someone throw me a lifeline, please!”

If you have other questions about the progress of the book or the series in general, or confusions or mysteries you’d like to see answered, be sure to comment below. You can also send them my way on whatever communication channel is easiest for you. Now’s the time to speak up, folks!