Cephrael’s Hand is now on Audible! 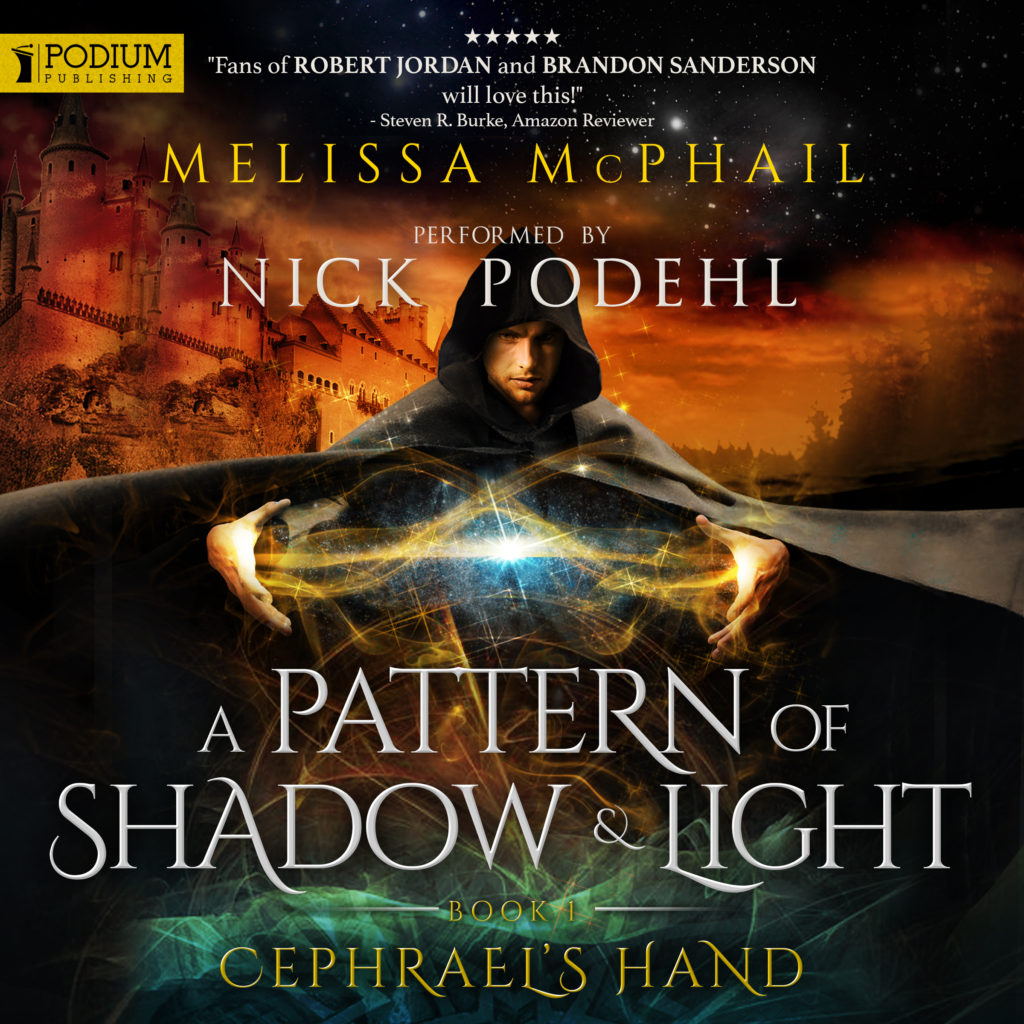 I’m thrilled to report to all of you audiobook lovers that today Cephrael’s Hand releases on Audible! I know this is a long-awaited moment for many of you, and you have my sincerest gratitude for being so patient. The book is narrated by the talented Nick Podehl, who also narrated Pat Rothfuss’s The Name of the Wind. Here’s a sample of Nick reading Cephrael’s Hand.

I’m honored to be able to work with Podium Publishing to produce my fantasy series A Pattern of Shadow & Light for Audible. Podium has produced an illustrious catalog of audiobooks, including Andy Weir’s The Martian, Edward Robertson’s Cycle of Arawn series, and books by R.A. Salvatore.

This is a truly special opportunity because Podium doesn’t accept submissions from agents or authors. Here’s what they say about their business model:

“The publishing landscape has drastically changed. Similar to the recent ebook revolution, the audiobook market is growing exponentially. And while most publishers are slowly trying to adapt, Podium Publishing is already perfectly positioned – now.

“Authors are becoming increasingly well-informed and are taking things into their own hands: growing their platforms, negotiating their own agreements and looking for the earnings they deserve. So, at Podium Publishing, we do things differently.

“We reach out to authors that are a good fit for us, rather than accept author submissions.

“We prioritize the author’s interests, which may or may not include working through a literary agent.

“We maximize author earnings through royalties, rather than advances.”

Podium is truly riding at the forefront of the indie publishing industry. Unlike some of the New York publishing houses, Podium is doing everything possible to form mutually beneficial relationship with its authors. I’m extremely grateful to Podium for taking an interest in my series.

In terms of production for the rest of my series, book two, The Dagger of Adendigaeth, is in post-production now, and they will soon begin recording on book three, Paths of Alir.  I don’t have release dates for these audiobooks yet, but based on the timeframe of production for Cephrael’s Hand, I would imagine they could be out by the end of the year (Podium is in charge of those releases, however, so this is merely speculation on my part).

Thank you again to all who’ve been waiting so patiently for these books to appear in your Audible catalog. You cannot know how pleased I am to be able to say, “Happy listening!”

P.S. Update 30 July:  For those of you who have already grabbed the book on Audible – first of all, thank you! Secondly, if you have the time, drop by the Audible page and rate the audiobook. I don’t usually push reviews, but my publisher assures me that getting many ratings of the first book will help them release the second book faster. 😉