Destiny and Fate in Fantasy (and Life) 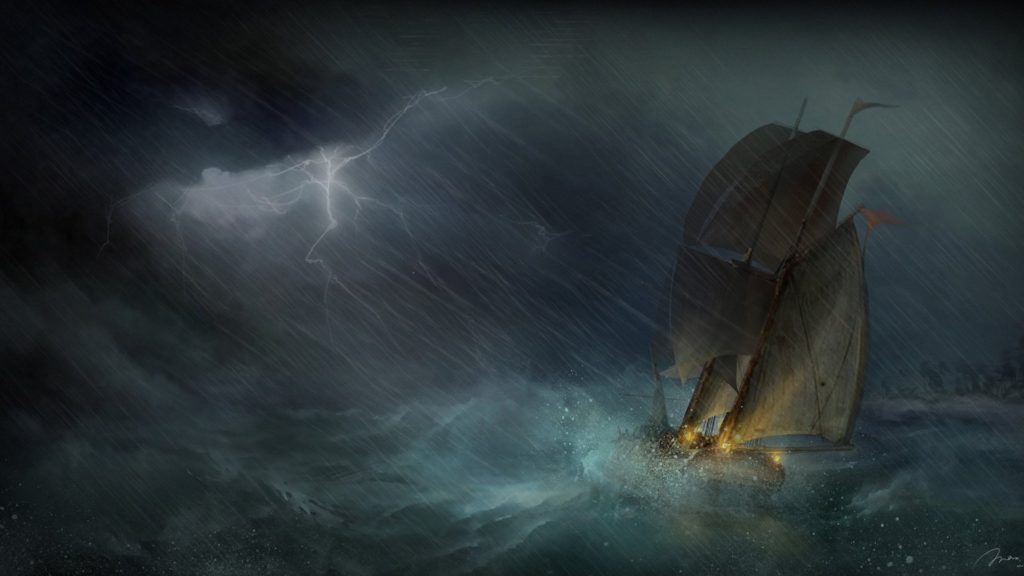 Destiny versus choice, fate versus free will—these are core concepts in fantasy. Whether addressed indirectly (“You were born to save the world”) or as a subject of the character’s growth (“Accept this role and take up your sword”), the concepts often form the woof and warp of a story’s tapestry, even when the author isn’t trying to take a particular stance on them.

Having and following a path are concepts I explore in Paths of Alir, the third novel in my Pattern of Shadow & Light series. In the story, each character is following their own path, through peril, uncertainty and sacrifice. Some have an idea where their path is taking them; a few don’t realize they’re following any path at all; while others perceive that their path is heading into ruin, yet they’re determined to follow it anyway.

I’ve gotten a number of questions lately about my views on fate and destiny, and if I believe our paths are truly set. The idea of paths in my series is less a promulgation of destiny than an allegorical treatment of the uncertainties we all face in our lives, and the varied ways each of us deal with them. It’s the proposition that everyone is walking a path; some may be striding purposefully through life, others merely inching their tentative way, yet all are moving towards some objective, some end, whether they realize it or not.

The adolescent is walking a path towards high school graduation—some eagerly and willingly, some begrudgingly, some with gnashing teeth. Some abandon a path towards one future and seek a different route. If the individual’s will is strong, those alternative routes can sometimes result in great rewards; if their will is weak, they may end in tragedy. But it is an inevitability that every choice we make opens a new path before us. The ways into the future are ever branching.

In my treatment of paths, I’m not really trying to explore fate or destiny; rather, I’m trying to illuminate how we all make choices that set us upon a specific course, and how what truly matters is how we deal with those choices once we get a glimpse of where they’re taking us.

Do we become the prey of our own decisions, feeling them suddenly irreversible and our paths now fixed? Or do we claim whatever we see lying at the end of the path, and either recognize it as a consequence of our own actions, or see it as a desirable aim and work purposefully towards achieving it? Do we shun responsibility for our paths and blame others, assigning causation to the fates or a higher power while wearing a victim’s mantle? Do we desperately try to avoid looking the end of our path while still walking towards it?

Do we really own our lives, or do we let others own us?

I think we all encounter moments of fog, times when we have no idea where our lives are heading; or when we have a sense that we’re upon a path we shouldn’t be upon, but for whatever reason we don’t turn around. I think we’ve all known tragedy and heartbreak; we’ve all done things with the best of intentions, only to see our actions take a turn into unexpected consequences; I think we’ve all made sacrifices we regretted, followed others into dangerous waters, and made decisions we later questioned.

The concept of paths, and especially Isabel’s fervent faith in her own, is an illustration of the power of faith—in ourselves, in a higher power, in a guiding power, in whatever motivating force we believe exists in this universe. Isabel’s glimpse of her future is really no different from any of us postulating, dreaming, a future for ourselves and then having the courage to make that dream a reality against any odds or opposition. My exploration of paths is an illustration—not that we are destined to one path, but that every moment offers the chance to choose another.

At any moment we may be faced with a choice we don’t want to make, or an end we didn’t envision; upon any path we may encounter unexpected turbulence. Paths of Alir is an exploration of faith in ourselves, faith in our decisions, of a willingness to change directions or to proceed despite the consequences. It’s a look into the deepest wells of personal conviction; it’s the observation of one’s own reflection in integrity’s shield, and it’s an exploration of the ways we find the strength to carry on when the path grows dark and only the bleakest choices remain to light the way.