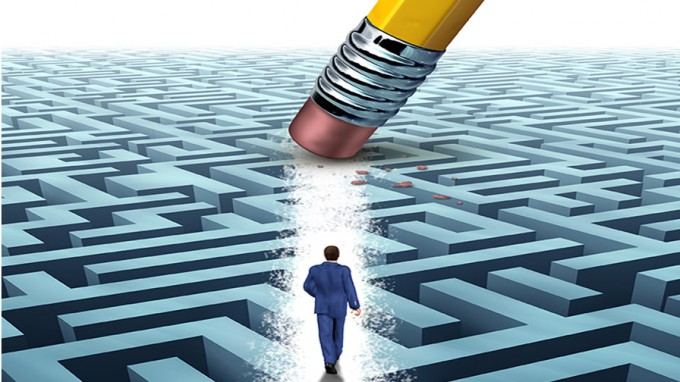 There’s something known as writing yourself into a corner. This phrase might be used to describe any number of authorial ailments, from the scene that mystifyingly “doesn’t work,” to the sinking realization—many chapters in—that your entire plot resolution hinges on something your protagonist can’t possibly know about. While trying to finish my third novel, Paths of Alir, I became mired in one of these situations. It felt like there was no way out and no way through.

The more I thought on the matter, however, the more clearly I began to see the real issue emerging. My problem wasn’t the plot, or the characters, or some other tangle. My problem was that I’d forgotten who was creating the story.

As writers, we make the rules. We decide what will and won’t be in our stories. For genre writers, this encompasses everything from new physical universe laws to the types and names of trees, but the concept applies for other fiction writers equally.

In those moments of prime decision, you the author are the omnipotent god of the universe of your novel. You’re the pinnacle of causation. You make decision after decision about how the world of your novel will function and where its story is destined to go. Maybe you have it outlined, or perhaps you have only a vague idea of its path. But you make decisions that lay the story foundations, and thereafter, you channel your characters through topography formed by these decisions.

In those early moment of creation, you are prime cause, but in the next moment, you go forward into writing the story and become the characters. The instant this happens, you necessarily become the effect of the rules (decisions) you established only moments ago as the omnipotent god. Creative writing really has to work this way. You must assume the characters’ viewpoints in order to tell their story, so you have to take that walk into terra incognita and forget you made the rules.

It’s inherent in that surrender, though, that when you become lost in the tangled threads of story, you forget how you got there. You forget that you’re the one who designed that maze of plot paths. You forget that you can change the maze into new shapes—or eliminate it completely. In fact, you can just make those topographic foundations disappear in the blink of an eye (and the pressing of a delete key). There’s nothing you can’t do in your story world.

Except, apparently, remember in the most important moments that there’s nothing you can’t do.

This truth is readily apparent in the microcosm of novel writing, but if we take a deeper look, we’ll find decisions we’ve made about ourselves, our goals, our lives—decisions that limit our ability to reach farther and live life larger. Decisions that invalidate our potential and ultimately send us—just like those decisions framing our story—into a corner in our own lives.

So here’s the conclusion I reached after this inspection: we can’t avoid making decisions, but we can get better at remembering we’ve made them. And we can certainly keep a weather eye towards those decisions or self-invalidating statements that limit our potential, our goals, or our reach towards a bigger and brighter future.

We can be the gods of our own universes. We just have to remember, in those dark and cornered moments, who is actually writing the story of our lives.

Have you experienced this phenomenon? I would love to hear how you found your way out of your proverbial corners.