Immortality and Gods in Fantasy 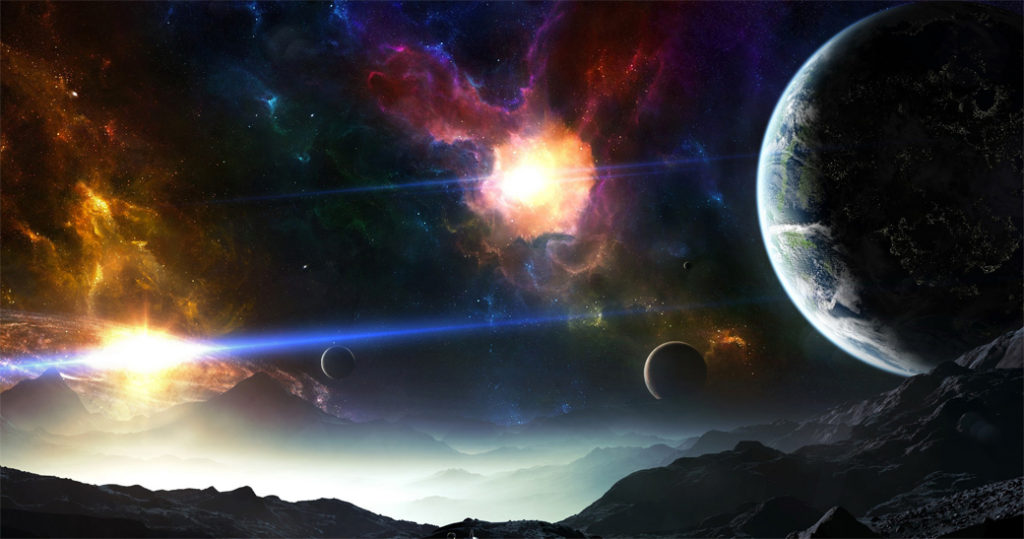 “Our hope of immortality does not come from any religions, but nearly all religions come from that hope.” ~Robert Ingersoll

It’s interesting to me how many novels, plays, poems (and even, dare I say, religions) deal with immortality without really dealing with immortality, i.e. immortality is automatically assumed, more understood than explored. In our concept, gods are immortal. In fact, immortality is usually a qualifying aspect to being considered a god.

In my experience, even when an author writes from the viewpoint of a god, often the god’s perspective has been tainted by humanist ideas. Gods in literature are represented as having human emotions, human failings, even what might be considered mortal goals. In general, we don’t just anthropomorphize their forms, we anthropomorphize their viewpoints as well.

The gods of the ancient Greeks were lustful, meddlesome, fractious and belligerent—much like the Greek states. The Sumerian and Hindu gods in early writings were considered the rulers of earth, benevolent guides to a wayward humanity. They concerned themselves with instructing the race, that we might improve ourselves. Even in our deepest channels of faith dealing with the souls and spirituality of man, our gods are represented as having undeniably human characteristics—compassion, mercy, intolerance, patience, wrath.

Gods are often shown similarly in fantasy. Sometimes the gods are merely forces of ultimate good or evil (Robert Jordan’s Wheel of Time, or Ursula LeGuin’s Earthsea). In other works, the author may have given the gods human bodies (Jennifer Fallon’s Gods of Amyrantha, David Eddings’ The Belgariad, or N.K. Jemison’s The Hundred Thousand Kingdoms). Whether or not they appear in the story, are represented by advocates, or are merely forces for good or evil, fantasy gods are quite often ascribed undeniably mortal viewpoints (although N.K. Jemison makes strides in giving Nahadoth a broader perspective).

Yet I have to wonder how many of us have really looked at what it would mean to be truly immortal?

So often when we think of gods, our viewpoint is colored by concepts long ago set down by earth’s religions. Gods must be as the sacred writings describe Brahman, Zeus, Ea, Yaweh, Allah…and so do our fantasy gods often follow in the footsteps of these preestablished characterizations.

The word ‘god’ for much of humanity carries a connotation of a being who is concerned with or connected to the human race in some way, whether that’s with benevolence or resentment, adoration or lust. But what of an immortal who has the abilities of a god but no inherent connection to man, who is as alien to us as human bodies are to immortality? I describe here godlike beings not of our world, unrestricted and undefined by preconceptions associated with the gods of earth’s religions. What would that kind of immortal be like?

I’ve had to take a good look at this, because four of the immortals in my series are nearly omnipotent (though not omniscient). Taking on their viewpoint in writing Kingdom Blades has required me to dive in and inspect what godlike beings (i.e. with the creative and destructive power of a god) would really be like. What would they think like? What sort of viewpoints and attitudes would guide their decisions?

1. To start with, time would have no meaning to them. The ages would not lengthen before or behind them (as we often see with many immortal beings represented in fantasy, from Vampires to the Fae). But true immortals would have no concept of time. They would be eternal. Conversely, think how many of our decisions are prisoners to time (“never have enough time,” “need more time,” “time is always against me” “if only I was older/younger”).

2. Bodies would be inconsequential to them. Beings with godlike power can create bodies at will. As mortals, most of our critical decisions concern avoiding bodily harm. Immortals of the nature I’m speaking of wouldn’t consider this a reasonable rationale for any decision.

3. They would have zero concept of right and wrong as humanity views these terms. Right and wrong would be completely meaningless to them, because right and wrong are survival concepts. In the simplest terms, an action is deemed right when it takes one towards a survival end, wrong when it results in something non-survival for the individual, the group, the race, etc. But right, wrong and survival are equally meaningless terms to a true immortal. Their survival could never be in question. Therefore, none of their decisions would take survival concepts into account (whereas nearly all of ours do).

4. With an infinite ability to create, a true immortal would have little, if any, concept of loss. Loss is only experienced when someone fears they cannot now have something that they once had. But if a being can create anything at will, over and over again as many times as desired, when would they ever have experienced loss? Yet for humanity, loss is a very real threat and the fear of loss an effective deterrent against all manner of action.

Perhaps you see just from these points how differently a true immortal would think from us.

Which begs the question, what would such immortals base their decisions upon? What attitudes would frame their viewpoints of existence? What rationale would drive them?

I think three things, simply: Interest. Purpose. And the playing of a game.

Interest precedes action. It also precedes purpose. A being has to be interested in something to find a purpose surrounding or involving it. But once interest is established, purpose would drive them. That purpose could be as simple as achieving the goal of a game. But a game for an immortal…my, the scope of that game, that goal, that purpose, could be truly immense, for time wouldn’t factor in it. Neither would survival, nor a fear of loss. Infinite capacity for creation means a purpose, goal, and game on a cosmic scale.

Which brings us full circle, because ultimately that is the game we’ve ascribed to our gods—the creation of this world, this universe, and all of us.

I would love to hear any thoughts you have on immortality and gods in fantasy. Share them below.