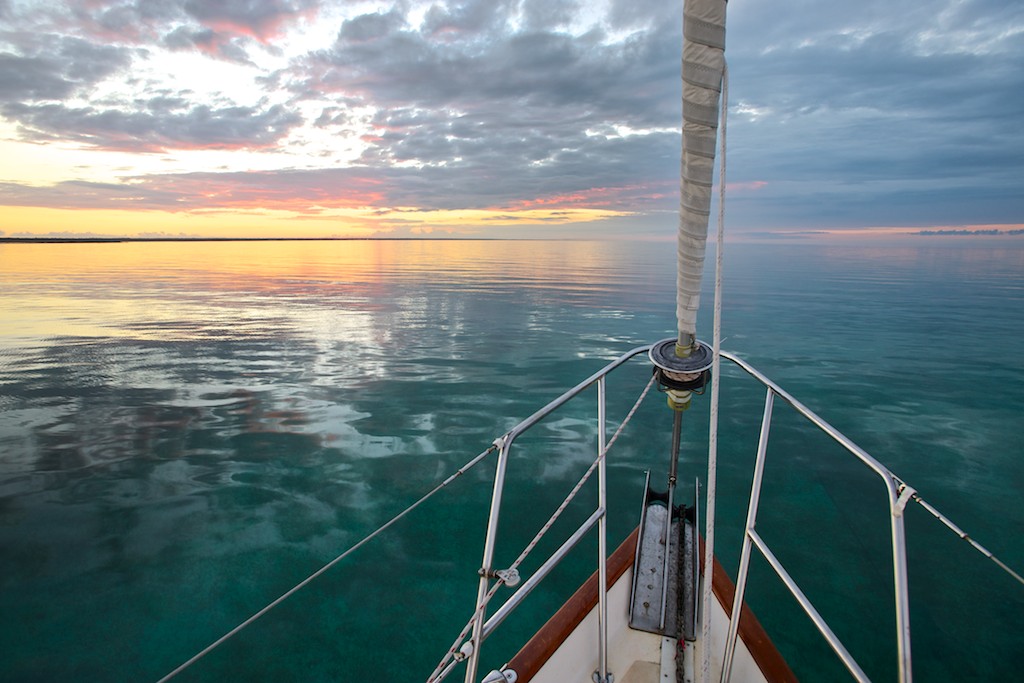 As writers, we innately tend to know when our story is working and when it isn’t. I like to describe this awareness as a sort of resonance, but it could just as easily be compared to an engine with all pistons firing. A skilled mechanic can tell just by listening when an engine isn’t purring along. Likewise the practiced writer.

Sometimes the words just pour out. The pages flow one to the next, your dialog perfectly captures the emotion of the scene, the story conflict builds or resolves into the next arc without interruption or even much thought… In those moments, the creation appearing on the page before you seems to flow from a divine source.

And then there are the times when you can’t seem to make a chapter work to save your life. The island paradise may be your final destination, but the sea between you and this goal is either a storm of occlusion that has you struggling to stay the course or a dead calm without a breath of inspiration to cast you forward. On those days you simply cling to whatever you can, aimlessly adrift, praying for a spark of lucidity in which it all suddenly begins to untangle and the wind picks up. A moment that brings your island into view.

I’ve been working through my own difficult seas recently. During this time, I tried some of the popular methods for overcoming writer’s block (of which there are as many suggestions as there are writers) but ultimately I returned to my own rather unconventional means of navigation.

Here are five of my successful ways of calling the wind in a dead calm:

1. Go back to where you were last doing well.

You’re sailing along and suddenly slam into a bog. The waters turn muddy, the way forward becomes unclear, and nothing you write thereafter seems to work.

If you can look back and see a time in the story when everything was going well (even if that point was a chapter or more ago) returning to the point where you were last doing well and then continuing forward again in a new direction can often prevent running into the bog again.

How do you chart a different course? Change your dialogue, alter your character interaction, throw in a new plot twist or peril, or even send your character(s) somewhere else entirely. The point is to cast your new heading directly from the point where you were last doing well, even if it means tossing all of the pages written since.

2. Look to see if you’ve compromised your character’s integrity in some way.

I’ve many times found that the story will bog if I’ve somehow compromised my character’s integrity. For example, at the beginning of Dagger, my truthreader Tanis faces off against an overwhelming enemy named Pelas. My first attempt through the scene saw Tanis with spunk and fire, talking back to Pelas with brave defiance. It was interesting to see a new side of Tanis—and it didn’t work at all.

The problem lay in the fact that my young Tanis isn’t defiant. The way I was writing him in that scene—the way I originally felt I had to write him—was out of character for him. He’s innocent and he’s brave, but he’s not impudent and rude, and he wouldn’t suddenly become belligerent even when facing overwhelming odds.

I had to look at how to rewrite the scene, how to make it both interesting and intense, yet stay true to Tanis’s character. Going back to the beginning of the scene and letting Tanis be himself led to a breakthrough—oddly enough—in Pelas’s character (which ultimately made him a reader favorite).

If you suddenly bog and something isn’t working in the story, take a look at the characters in that part of the tale and try adding complexity or new depth to them. Reveal a new side of them that is plausible to the reader. Give them a hidden passion, a compulsion, or a secret love or torment. Any time you can add something new to a character’s personality, you give the reader more about that character to connect with.

In the example above, I had been writing Pelas as a typical villain–flat, unimaginative, boring, actually. I didn’t realize it at the time, of course, but when I took another look at Pelas (as a part of solving the problem with Tanis) I realized Pelas could be much more than he appeared. Even if it means going back to the beginning to add a nuance or hint here and there to set up your character reveal later, it’s usually worth it.

Rethinking a character from the ground up can often open entirely new paths through the story and pull you rapidly into breezy seas once more.

4. Change location—not yours but your character’s.

When something about a scene just doesn’t feel right, try putting the characters in a different setting. Instead of having them meet in a courtyard, move the exchange to a ballroom, a garden, or a dark alley.

Changing the scene will cast new shades upon the existing conversation and add new elements of danger or anticipation, longing, love, heartbreak or excitement. Sometimes we’re so focused on plot that we forget to take advantage of the setting, but setting can do so much to convey or engender emotion. It’s an invaluable tool.

You may end up changing the dialog you already have written to adapt to the new environment. Sometimes that shift of location is all you need to set a new course.

5. Don’t strand yourself on a reef of your own devising.

This is perhaps the most perilous hazard to keep an eye out for when sailing creative waters.

As writers, we often have an idea of our destination. Some writers chart their path island by island (chapter by chapter). Others merely use the stars to guide them in the general direction they wish to go.

No matter your means of navigation, it’s all too easy to decide on a certain course and then become stalled by it. You make a decision about the path the story should take while just rounding the head at point A. Then as you’re sailing into port at point C, your next heading doesn’t make sense anymore. But you’ve decided on this heading because that’s how you planned the story. You’re already thinking it has to be that way. But you are the one who set that course to begin with. You can simply decide to go in a different direction.

This is almost always easier said than done. Firstly, it can be difficult to isolate which of the many decisions are the ones now stopping your forward progress—we make the rules, you see, then we have to follow them in order to keep continuity in the story; so we become just as bound by the rules we made as our characters are. The second problem faced when looking at this is the understanding that you have the entire story/plot/chapter/character arc planned out—the course is set!

But if that very course is what is sinking you, hadn’t you better rethink it?

I’ve experienced this with laws I established for my fantasy world or powers I’ve given to my characters. I’ve seen it with plot points decided on months ago that now just don’t make sense—or that cause unsolvable conflicts with later story threads, or even with the time it would take to develop the backstory to support the plot element I’ve decided must exist.

I’ve seen it with character back-stories and planned future conflicts and myriad other vortices I created for myself and proceeded to sail directly into as if I had no choice, as if the gravity of my own creation now exhibited more power than I did.

We have to be able to change our minds about our story or we’re no longer captaining our creation but enslaved by it.

I hope these ideas will help you to continue sailing free.

What’s your experience? Share your thoughts on writer’s block and any methods that have successfully gotten you out of the calm and back on course.