Speculative fiction is the motor of progress (why everyone should read fantasy, part 2) 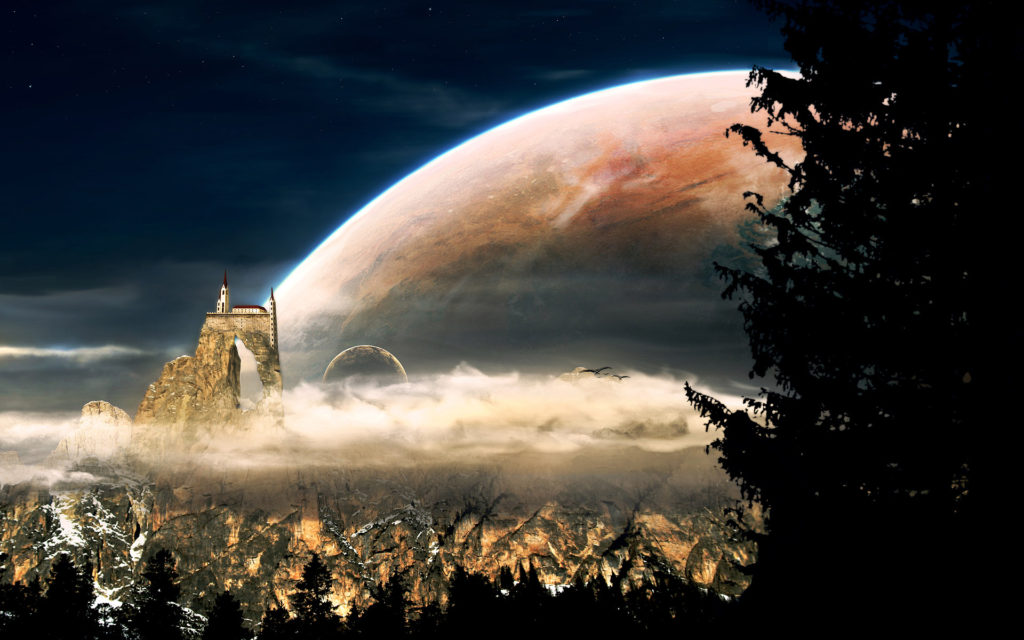 “A rock pile ceases to be a rock pile the moment a single man contemplates it, bearing within him the image of a cathedral.”  –Antoine de Saint-Exupéry

The importance of imagination in our lives cannot be underestimated. Imagination fuels the wheels of progress along every avenue—from Apple to the Curiosity Rover, and in each technological marvel in between. Imagination is what separates humanity from the animal kingdom, and it’s oftentimes a key factor in achieving success—whether that success is found on the soccer field, in a board room or on the pages of a book or manuscript.

If “imagination is the air of the mind,” as Philip James Bailey tells us, then why not provide the mind with an inexhaustible source: that of speculative fiction?

Unlike speculative fiction, tales of modern literature are set within a familiar reality requiring little imagination to envision in our minds. People, places, groups and even ideologies are presented as they appear around us—indeed, it’s often the grim and gritty tales that stand out as remarkable from the gamut of this exhaustive commentary. This is no criticism of mainstream fiction—read as thou wilt. I mean only to suggest the value of adding speculative fiction to your regular reading regimen.

And here’s why: you can’t read fantasy or science fiction without engaging your imagination.

“To know is nothing at all; to imagine is everything.” –Anatole France

Science Fiction has long been lauded as fueling technological advances. Technovelgy lists 2,200 science fiction inventions—many of which have actualized beneath the light of day—and 168 from the great Philip K Dick alone.  Man never dreamed of standing on the moon until the Pulp SF masters of the 1930’s put us there with astonishing ideas of “jet-propulsion rockets.”

In the fantasy genre, the kingdoms and landscapes are often products of the author’s imagination, and the entire history of the world could be new and different (its mysteries to be revealed in fascinating morsels as the reader follows the author’s Hansel and Gretel trail of crumbs). Each chapter holds the potential of introducing new cultures, rituals, and fascinating ideologies. When you read speculative fiction of either type, your mind is put to work envisioning ideas literally out of the author’s wildest imagination.

Imagination is the razor edge of the machete we use to carve a path through the jungle of existence; it is the prow of our very own Santa Maria plowing across the southern Atlantic on a heading for the new world. It’s imagination that envisions solutions when problems inundate us, imagination that helps us excel or stand out among the milling crowd, and imagination that gives perspective to what yet could be, lighting the way toward new horizons.

As we grow and age, the hard knocks of life experience can dull that razor edge, enticing us to discard the knife altogether. Enter the whetstone of speculative fiction on a regular basis, and lo and behold, that edge gains clarity once again. Imagination is self-sharpening—the more we use it, the keener it becomes.

Reading Fantasy and Science Fiction can help us keep the knife of our own imaginations honed and acute, that we might all dream of and achieve greater heights.

“You see things and say, ‘Why?’ But I dream things that never were and say, Why not?” –George Bernard Shaw